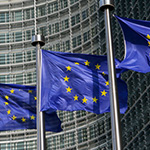 Following today’s adoption by the European Parliament of a Resolution on the EU Alcohol Strategy, The Brewers of Europe reiterates its support for an action-oriented, targeted approach to reducing alcohol-related harm. The Brewers welcome MEPs’ acknowledgement that moderate beer consumption by healthy adults can be fully compatible with a balanced lifestyle, highlighting the importance of fighting alcohol misuse and promoting responsible drinking behaviours.

The ongoing EU Strategy differentiates amongst different drinking cultures and behaviours and rightly focuses on alcohol misuse, supporting Member States to address the problems caused by harmful drinking via targeted, locally relevant activities. As such, The Brewers of Europe supports the effective strengthening of the Strategy’s existing mechanisms and the strict enforcement of national legislation, rather than introducing a new top-down approach.

Europe’s brewers have supported this Strategy since its adoption and have contributed over one third of the 325 commitments to action made in the EU Alcohol and Health Forum. The Brewers of Europe’s commitments are currently captured within a European Beer Pledge that was launched in the European Parliament in 2012 and focuses on consumer information, marketing self-regulation and campaigns against drink-driving, underage drinking, alcohol in pregnancy and binge drinking.

We also take note of the European Parliament’s calls for action on consumer information, The Brewers of Europe having announced last month a voluntary move from brewing companies to list ingredients and nutrition information for beer, going beyond the EU laws that currently exempt alcoholic beverages over 1.2% ABV from the obligation to provide such information. Transparently bringing beer into line with the rules for non-alcoholic beverages will enable consumers to compare like-for-like information both on ingredients and on nutritional values, such as calorie content. Commissioner Hogan, responding on behalf of the EU’s Health Commissioner, announced at the end of the European Parliament’s debate that the European Commission would be coming forward with the long-awaited report on the matter in due course.