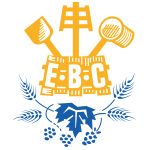 Brussels, 9 February 2015. Euromalt, the European malting industry Association and the European Brewery Convention (EBC), the technical and scientific arm within The Brewers of Europe, have reached an important breakthrough in the research on gushing: in a joint research project with the German Research and Teaching Institute for Brewing in Berlin (VLB), a potential method to predict the gushing potential of malt and beer samples was identified. Gushing in beer refers to the phenomenon of uncontrolled evolution of foam or beer from a bottle that is not caused by movement or temperature. The exact reasons causing this physical reaction remain largely circumstantial at this point.

In 2012, European maltsters and brewers decided to join forces to further research this common interest. In a tender process, VLB was awarded the contract with a total budget of € 260.000 which was equally shared by both associations to carry out the research project aimed at the identification of gushing-inducing factors.

Over a period of two years, more than 200 commercial malt samples of the 2011, 2012 and 2013 harvest were collected from European maltings and breweries.

A brewing scheme for the highly reproducible production of gushing positive and gushing negative beers at laboratory scale was established and validated.

Various sample preparation protocols for a MALDI-TOF MS analysis of malt extracts and beers were established. Using the most promising methods, analyses of the gushing positive and gushing negative reference samples were conducted and the acquired mass spectra statistically evaluated via multivariate data analysis. For malt samples three preparation methods lead to meaningful models with a high prediction capacity of the gushing potential.

While the initial research centered on identifying and quantifying differences in the composition of gushing inducing and not gushing inducing malt samples, proved by small scale brews, promising results of using MALTDI-TOF MS analysis to make a differentiation between gushing positive and gushing negative malts and beers gave stimulus to further work in this area.

Euromalt President Nicholas King: “This is a very promising result for the malting industry. However, there is still further work to be done. Eventually we would like to arrive at a simple test that can be used by maltsters in their everyday business”.

EBC President Dr. Stefan Lustig: “This study is an excellent example of collaborative funding organised by the two Brussels-based associations, Euromalt and EBC (as the technical and scientific arm of The Brewers of Europe), arriving at scientific insights which will be of benefit to the whole brewing value chain, from grain to malt to finished beer and ultimately, the consumer. We are proud to share at this stage that the project has yielded very promising results. Assessing risk potential in gushing-prone malts has moved within our grasp”.

Project leader at the VLB, Professor Dr. Frank Rath, will be speaking on the subject at the 35th EBC Congress taking place from 24-28 May in Porto, Portugal. The talk is scheduled for the morning of 25 May 2015, at the Congress Centre Alfândega. More information can be found here.

Euromalt is the EU malting industry association and represents the interests of the European malting barley processors and malt producers. Euromalt’s members account for more than 60% of the world malt trade: with over 190 facilities in Europe, the sector provides around 28,000 direct employments. Its members process 12 million tonnes of malting barley of European origin to produce over 9 million tonnes of malt for the brewing industry in the EU, for export to overseas brewers as well as the distilling and food industries. EU foreign earnings from malt exports are about 0.90 billion euros. More information can be found on our website: www.euromalt.be.

ABout The Brewers of Europe & EBC

Based in Brussels, The Brewers of Europe brings together national brewers’ associations from 29 European countries and provides a voice to represent the united interests of Europe’s 5000+ breweries. The Brewers of Europe of Europe promotes the positive role played by beer and the brewing sector in Europe and advocates the creation of the right conditions to allow brewers to continue to freely, cost-effectively and responsibly brew and market beer across Europe.

The European Brewery Convention (EBC) is defined as the technical and scientific arm of The Brewers of Europe. For further information, log onto: www.brewersofeurope.org.