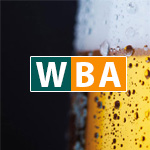 The Worldwide Brewing Alliance (WBA) is pleased to announce that Simon Spillane has been appointed as its new Chair.

Mr Spillane holds the position of Public Affairs Director at The Brewers of Europe, the trade association set up in 1958 to promote and defend the interests of beer and the 6500 plus breweries now operating in Europe. “I am excited to be taking up the role of Chair of the Worldwide Brewing Alliance. With high standards set by my predecessors I look forward to ushering in the next phase of the WBA and to working with my trade association and brewer colleagues from around the world to deliver even greater impact, exchanging best practices on the issues critical to brewers across the globe,” said Mr. Spillane.

He replaces Ms. Denita Wawn, outgoing CEO of the Brewers Association of Australia and New Zealand and chair of the WBA since 2014.

The WBA is grateful to Ms. Wawn for her distinguished service to the WBA over the last four years, in particular during her time as Chair of the Alliance, and wishes her all the best in her future endeavours.

Commenting on this appointment, Pierre-Olivier Bergeron, Secretary General of The Brewers of Europe commented:

“We welcome the announcement of Simon Spillane as the next chair of the WBA. This alliance, comprised of ten brewing trade associations from around the world,  provides the right platform for disseminating and exchanging good practices and information on responsible consumption, environmental sustainability, product integrity and the impact of beer on society in a world becoming ever more global and interdependent”