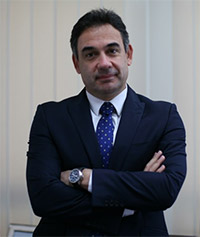 Speaking after his election, Pavlos Photiades said: “I am honoured to be tasked with leading The Brewers of Europe taking the opportunity to build on the progress achieved under the tenure of Demetrio Canceller. I am committed to ensuring that Europe’s brewing sector, with its unique mix of breweries of all sizes pursues its dynamic participation in Europe’s heritage”. “Europe’s brewing world is changing fast with the combined trends of consolidation and the blossoming of small and medium-sized breweries. I will seek to it that The Brewers of Europe capitalises on these changes as well as the successful programmes that deserve being further deployed“, Photiades explained.

Beer in Europe generates an estimated 2.3 million jobs throughout the value chain, from grain to glass, with 1 job in a brewery generating on average a further 17 in supply, agriculture, bars and restaurants of Europe. Total consumer spending on beer was over €110 billion in EU in 2014. Exports now make up around 20% of European beer production. With over 900 new breweries opening in the last two years, Europe’s brewing landscape now counts over 6.500 breweries, stretching to all corners of Europe.

“Two years ago we had just started the execution of the Positive Story of Beer, translating in many countries into the Love Beer campaign. Today, beer is back in people’s minds”, said Demetrio Carceller. “I am proud of what we have been able to achieve. The Brewers of Europe ranked last year second as the best perceived European trade association in the field of consumer goods. Our commitment to equipping Europe’s consumers with ingredient and nutrition information has also helped to achieve this score. And I am very pleased that Pavlos Photiades will take over as president. With his skills as a captain of industry and his passion for beer he will no doubt take The Brewers of Europe to the next level”, concluded Carceller.

Mr. Photiades (born 1965) is Managing Director of Photos Photiades Breweries, the leading brewery and beverage distribution company in Cyprus with subsidiaries in Greece, Romania, Slovenia and Croatia. Photos Photiades Group is also involved in Insurance and Real Estate Development.  He has served on the Board of Directors of several public companies in Cyprus and Greece and has been serving a second term on the Board of Directors of The Brewers of Europe as Vice-President since 2015.

Mr. Photiades studied Economics at Harvard University where he graduated in 1988 having been awarded twice the Harvard Scholarship for academic achievement. He also holds an MBA from INSEAD.

Based in Brussels, The Brewers of Europe brings together national brewers’ associations from 29 European countries and provides a voice to represent the united interests of Europe’s 6500+ breweries. The EU is the second largest beer producer in the world producing 383 million hectolitres of beer in 2014. More information can be found on www.brewersofeurope.org