There are now estimated to be around 8500 breweries in operation across the European Union, from microbreweries and brewpubs producing beer solely for the local community, to major regional players and larger breweries producing beer for export across the world. Whilst all using the same traditional brewing principles, this results in an estimated 80 different beer styles and a staggering 50 000 different beer brands on the European market. With a diverse range of styles, flavours, colours, strengths, tastes, smells and serving sizes, there is surely a beer out there for everyone.

Here below is just a selection of the different beer styles currently available on the EU market: 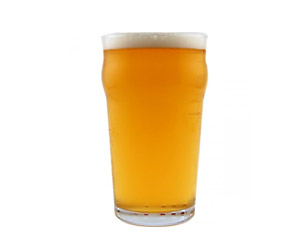 Often referred to as golden ale, light ale and – often erroneously – as India Pale Ale, pale ales tend to be medium-bodied, light copper to golden in colour, tremendously refreshing and easy-drinking with an elegant equilibrium of malt flavours and delicate, floral hop bitterness and aroma. 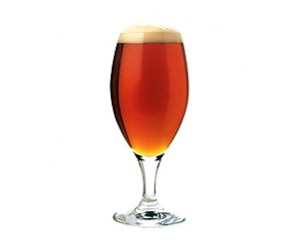 Liquid legacy of eighteenth century India – normal British beer wilted in the sun. So, a London brewer by the name of George Hodgson created India Pale Ale (IPA), a bespoke beer capable of keeping calm around the Cape of Good Hope. It gets its swashbuckling sea-legs from plenty of alcohol and copious amounts of hops – both armed with preservative powers. 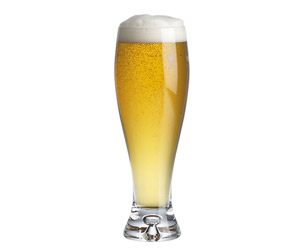 The lord of lagers, first brewed in the Bohemian town of Pilsen. Also known as pilsener and pils, it’s now brewed all over the world. In its most authentic form, pilsner is a well-structured, full-bodied beer with a shimmering golden hue. Beneath the dense, luxuriant white head, the velvety mouthfeel comes courtesy of the soft water; the all-malt backbone is firm and succulent; and the high hop bitterness, both on the nose and palate, is shaped by Saaz hops. Lagering should be long and loving.

A catch-all term for the most popular beers on the planet. It originates from the German word for storage and the best lagers should be lagered for long periods in cold conditions where they develop flavour, body and complexity.

Marvelously malty, sometimes sweet, low in alcohol yet big in flavour and eminently drinkable, It was first brewed to quench the rapacious thirsts of sweaty-browed farmer types and, later, wet the weary whistles of industrial workers.

Don’t be hoodwinked by the misleading moniker, bitters aren’t necessarily bitter in flavour. They earn their alias because they have higher hop character than sweet milds and, more recently, lagers. Bitters are the classic pub pint, often gold-to copper coloured with medium bitterness. Ideally served slightly carbonated from a cask, there’s a gentle crisp hop character underlaid by a more-ish malt, medium-body. Classic bitters hover around or below 4% ABV while best bitters break free up to the 4.7% mark.

Extra Special Bitters (ESB) are bigger, brasher and more bitter than standard or best bitters with characteristic caramel sweetness. Often, but not always, graced with crystal malt, Fuggles and Goldings hops and a higher alcohol content.

In the 18th century, strong grandiose ales called Barley Wines were devised and often brewed by aristocratic country houses. Ranging from amber to deep copper-garnet in colour, they’re full-bodied, malty-sweet and/or hop-heavy, and designed to develop in the hands of Father Time.

Born in London, it first referred to a blend of three beers (strong ale, pale and mild) but soon became a beer in its own right. Thick and strong, porter spread through working class London and was soon a phenomenon both nationwide and when exported to the Baltic States. Today, especially in America and Scandinavia, the popularity of porter is rising again. Coloured black-ish or burnished dark brown, porters are medium-bodied dark malt-accented beers. A chocolate and coffee character is common, sweeter than stouts, more drinkable and with less burnt roast malt notes.

A drier, darker, fuller-bodied and, some would say, stouter descendant of porter. Born in London as “stout porter” and raised in Ireland, it soon lost its surname and became synonymous with a brand founded in 1759 by Arthur Guinness. Having drunk imported porters and stouts from Britain, the Irish brewer decided to brew his own “dry Irish” version using unmalted roasted barley instead of dark malts – producing a more acrid, astringent and thicker interpretation. London Stouts, in contrast, were made with 100% malt grist including the original brown malt and with no roast barley. When the British government imposed restrictions on malting and beer strength during the First World War, the dry Irish style stole a march on its British counterpart and, aided by both canny advertising and the missionary zeal of Irish Diaspora, it’s become the benchmark for stouts.

Given that oysters and stouts make such a smashing culinary couple, brewers thought it’d be a good idea to bring them together in the barrel. What clever folk they are. The addition of a few oysters gives a bit of briny bitterness and added smoothness to the beer. Not all oyster stouts are brewed with oysters though. It’s all a bit confusing.

In the 1980s, British ale-accented brewers began giving lager lovers the golden glad-eye in the shape of pale ales which were moderate in hops, juicy in biscuit malt and which acted as easy-sipping stepping stones across the chasm of misunderstanding that inexplicably divides ales and lagers.

Known in Bavaria as Weizen and elsewhere in Germany as Weissbier, German wheat beers get all their banana and clove-like flavour from the use of a unique yeast strain that brings out the true character of the wheat malt used in the brew. The proportion of wheat also tends to be higher in Germany than it is in Belgium and German brewers would never throw in herbs or spices. Weissbier can either be light or dark in appearance and most brewers produce two versions: Hefe (with yeast) or Kristal (without yeast). The latter may look cleaner and clearer but the former is by far the more flavoursome and popular.

Known as Witbiers (wheat beer) in the Flemish tongue, they’re spicier than their Bavarian brethren, unfiltered, often call upon coriander and orange peel for added flavour, and tend to be lower in alcohol - hovering around the 4-5% mark.

Back in the days when brewing in the hazy heat of summer was problematic, Saisons were brewed in the Spring with lots of preservative hops and spices, laid down until the weather warmed up, and released to slake the thirst of rural workers in Wallonia, the southern French-speaking region of Belgium. They tend to be tart, bitter and spicy brews with lots of fruit flavour and are usually well-hopped and, more often than not, bottle-conditioned. French interpretations are known as Bière de Garde, or “keeping beers”, and traditionally hail from the Pas-de-Calais region of northern France.

Abbey-dwelling monks brewed beer in Belgium as early as the 5th century and it’s estimated that Europe has, over time, boasted more than five hundred abbey breweries. The beer they made served as a benevolent boost to the local community, a healthier alternative to local dodgy water and a particularly persuasive piece of religious public relations. Abbey beers can be divided into two categories: The first are commercial concerns bereft of “brotherly” influence, named after fictitious or defunct monasteries yet modelled on the style of beers associated with Trappist brewing. Alternatively, Abbey beers are ‘monastic visions’ realized by commercial brewers on behalf of, and with permission from, religious orders and institutions who haven’t the means to do so themselves (the cloisters receive cash to spend on pious deeds and the brewery benefits from the halo effect of saintly association). Like Trappist beers, most abbey beers are either Dubbels or Tripels although many have been making manoeuvres into blonde/pale ale territory.

Trappist beers, mostly bottle-conditioned, are strong top-fermented beers ranging from pale ale to Quadrupels. They command sacrosanct status among aficionados and are revered for their hugely complex, often colossal, character. Trappist and Abbey beers are often divided into two categories: Dubbel – Rich, medium-to-full bodied beer that’s re-fermented in the bottle. Tends to be malty and dark with fruit flavours, caramel character, candy sugar sweetness and mellow alcohol. Tripel – Tripels disguise their strength and complexity under a golden-blonde cloak and a fluffy mousse head. Well-attenuated with a pale malt character, tripels are often sweetened with the addition of candy sugar and/or spiced up with light-to-heavy hop bitterness and re-fermented in the bottle.

Steeped in romance and tradition, Lambic differs from other beer styles in that it is fermented using wild, naturally-occurring, yeast rather than strains that are intentionally added. Young lambics are a very lightly carbonated acquired taste; sour, vinegary, dry, mildly mildewed with tartness and tobacco flavours. Older versions, the nearest beer gets to wine, are armed with added complexity, textured with tannin, there’s tartness and a measured cheesy pong. Comparisons with a bone-dry Fino Sherry are spot on.

The finest and most authentic form of Kriek (cherry beer) is made from steeping cherries in lambic casks for several months. The tradition of steeping whole cherries in beer, which dates back to a pre-hop era when fruit was used to make the beer more palatable, provides extra sugars for fermentation and terrific tartness.

Don’t be fooled by the hoodwinking hue, dark lagers go down just as easily as lighter beers. Gaining their deep copper colour from a kaleidoscope of kilned malt, lager yeast lends a lightness of palate that’s absent from ale while the hops, while present, should play second fiddle to the dry bitterness of roasted malt.

A maroon, malt-driven lager first brewed by the Dreher family in the Austrian capital back in the 1840s just a year before the arrival of Pilsner. Nutty, slightly sweet and notable for a refined roast character and lengthy finish.

Kolsch looks like a German lager but it has more in common with blonde British ale. Meaning “from Cologne”, Kolsch gets its fruity flavour from a unique top-fermenting yeast strain. Where it differs from British pale ales is in its use of one type of malt and cold, lager-like, fermentation and lengthy maturation.

Smoked beers date back to before the 18th century, when malt used for brewing was dried over wood-fuelled fires. This process gave the beer a deeply smoky character. Very, very smoky, they’re like drinking a campfire through a barbecued kipper that’s been swimming in lapsang souchong all its life. Some people adore it, but others will find it a little too, erm, smoky.

Yes. Chocolate and beer. Together. United in indulgent harmony. Boffins with spectacles, clipboards and brains the size of beanbags have discovered that early 18th century inhabitants of Mexico and Central America drank something resembling chocolate beer and chocolate malts can often be found working their magic in stouts, porters and dark ales.