Ancient clay tablets show that the brewing process dates back more than 6 thousands years. And the same basic principles of brewing remain as valid today as they did then.

Europe can justifiably lay claim to being the cradle of modern brewing, with the huge majority of today’s beer styles, and in particular the styles that dominate the global beer market having their roots in Europe’s breweries and European beer brands. Europe’s brewers are also at the forefront of global expertise,  with major brewing schools based in Europe and Europe’s master brewers taking their craft to all four corners of the world, assisting with the spread of beer culture.

And brewing is indeed a craft that requires the expertise and attention of Master Brewers to bring consistency in the final product from the volatile process of fermentation.

By using different cereals, yeast strains and hop varieties and boiling, steeping, mashing, roasting, fermenting and conditioning for differing lengths of time and at varying temperatures, the Brewer crafts the different beers. Some brewers also use spices to bring different notes to the final product.

The composition of water has a major impact on the brewing process and the final flavour of beer. Mineral rich, hard water is more common in the production of ales, whereas soft water is key to the production of lager. Today, modern water treatment processes allow brewers anywhere to adjust the composition of water used for brewing as required to produce high quality beers of all styles. 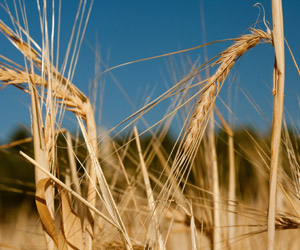 Malted cereal provides the sugar which is converted into alcohol by yeast. Malt also provides flavour and colour – which is determined by the degree to which the malt is heated (or kilned) prior to use. Pale lagers use lightly kilned malt, whereas stouts use a small amount of highly kilned chocolate or black malt to provide the dark colour and chocolate and coffee like flavours. Whilst barley is the most common cereal used, in particular in Europe, other cereals, such as wheat, oats and rice, can be also used by brewers to impart specific characteristics in the finished beer. 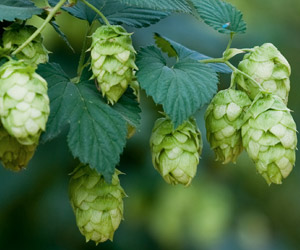 Hops act as a natural preservative as well as contributing flavour and aroma to the finished beer. Hops are grown around the world, with flavours ranging from the spicy earthiness of English Goldings hops to the resin and citrus of American Simcoe and Cascade and tropical fruits of varieties from New Zealand. German and Czech hops provide the distinctive “noble” aromas prized by lager brewers.

The malted barley and any other grain used are lightly crushed to form the grist.

The grist is transferred to a large vessel called a mash tun, where it is mixed with hot water (known to brewers as liquor) and left to steep for an hour or more. During this process enzymes, which occur naturally in the grain, convert the starch from the malt into sugar which then dissolves in the water to make sweet wort. The sweet wort is separated from the grain and run off into the copper ready for boiling.

The sweet wort is boiled with hops in vessels known as coppers. Brewers can determine the effect that hops have on the flavour of the beer based on when they are added to the wort. If hops are added at the start of the boil they will add bitterness and flavour to the beer, whereas if added later in the boil they will contribute aroma.

The next stage is fermentation, the most critical process of all. The hopped wort is cooled and run into fermentation vessels. Yeast is added and begins to convert the natural sugars into alcohol and carbon dioxide. Each yeast strain has a different effect on the flavour of the beer.

Historically, many beers were fermented in open vessels with a yeast that rose to the top of the fermenting wort, and in many cases this method is still used. These top fermenting beers develop cloud like, foaming heads. When the yeast has done its job, the head settles into a thick, creamy crust, protecting the beer from air.

Today many beers are fermented in closed conical fermenters traditionally used for lager production. Lagers are fermented with a different type of yeast which works at colder temperatures, and which sinks to the bottom of the fermenting vessel. Known as bottom fermentation, to ensure hygienic conditions, enclosed fermenters are used with a conical base, into which the yeast will settle, making it easier to remove for pitching into the next fermentation.

Finally, before a beer leaves the brewery it must be conditioned. For lagers there is a longer period of conditioning in the brewery at low temperature than for ales. The word lager comes from the German word lagern - to store at a cold temperature.

The beer is finally packaged into kegs, casks, bottles or cans.