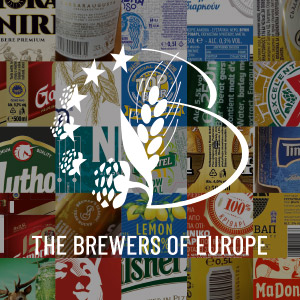 The Brewers of Europe, which represents the beermaking community, supports this initiative. We agree that informed citizens make informed decisions. This ranges from decisions about who to vote for in elections to basic shopping and consumer choices. Information is power. Universal access to information is a cornerstone of healthy and inclusive societies.

The right to information is a principle that has driven our campaign to provide consumers with the facts about ingredients and calorie values for our beers. Consumers like clear and consistent communication. We believe ingredients lists and calorie values on the labels of bottles and cans are the most basic of information that all consumers should expect to see for all drinks.

Pierre-Olivier Bergeron, Secretary General of The Brewers of Europe, said the IDUAI should be a moment for everyone to reflect on how much information they can share. “On the International Day for Universal Access to Information, we want to show our support for access to information for everyone. At The Brewers of Europe, we are already into the sixth year of our labelling commitment. We want our customers to know what is in their drinks, and we are proud to show them. That is our pledge to be open and clear about the facts,” he said.

The Brewers of Europe labelling commitment is not an EU regulatory requirement. Regulation (EU) No 1169/2011 on the provision of food information to consumers exempts alcoholic beverages over 1.2 percent ABV from the legal obligation to label this information — although it does set clear rules for any company wishing to voluntarily do so. Ingredients must be listed in descending order of weight, as recorded at the time of their use. Energy values must be provided (just as they are for non-alcoholic beverages) in kJ and kcal per 100ml to allow a like-for-like comparison among all beverages.

Our voluntary commitment was bolstered in 2018 with a specific recommendation to all breweries, to list ingredients and energy per 100ml on the labels of their beer bottles and cans. Two years ago, in September 2019, The Brewers of Europe, national brewers’ associations and leading companies signed a Memorandum of Understanding to roll out that specific recommendation across the EU by the end of 2022.

Europe’s brewers are now well on their way to meeting their ambitious 2022 labelling targets as part of their ‘Proud to be Clear’ campaign to ensure all beer containers label ingredients and energy values. We have already exceeded our interim targets: current Europe-wide implementation figures show 93 percent of beers are labelling ingredients and 86 percent are labelling calories.

On top of this, many brewers are also providing the ingredients and nutrition information online for each of their brands, recognising the increasing importance of digital.

We are also extremely pleased that our ongoing collaboration with the European Commission has helped support consumer choice and empower responsible decisions. In June 2021, the EU’s current Health Commissioner Stella Kyriakides welcomed our commitments and commended Europe’s brewers for exceeding the targets despite the ongoing crisis that has hit the beer hospitality sector hard.

We believe all alcoholic beverages — irrespective of their alcohol content or definition — should do the same, and we encourage other sectors to bring their own actions into line with both our own commitment and EU law.

The International Day for Universal Access to Information (IDUAI) was designated by the United Nations Educational, Scientific and Cultural Organisation (UNESCO) General Conference in November 2015 and was first held on September 28, 2016. Before that, it was recognised as International Right to Know Day from 2002. It was later proclaimed at the 74th UN General Assembly in October 2019.