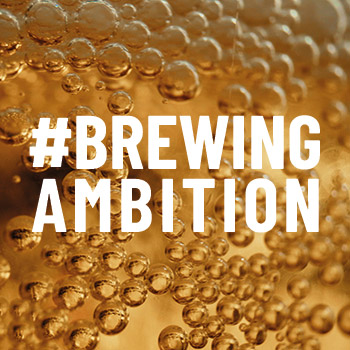 A new film series about beer explores stories of the people pouring craft, creativity and innovation into each glass.

Produced by BBC StoryWorks Commercial Productions for The Brewers of Europe, the Brewing Ambition series explores the tales of flavour, legacy and longevity in the beer industry, told by the enthusiasts who are continually raising the bar.

Evidence of early human brewing can be traced back thousands of years, from carvings in ancient coastal caves to stone tablets revealing recipes, brewing techniques, and depicting communal gatherings around beer.  The same raw materials can lead to hundreds of different beer styles and seemingly endless possibilities for adaptation, from innovative brewing techniques to unusual ingredients to non-alcoholic offerings, making it an enduring and exciting craft for beer drinkers and those in the industry who are passionate about what they do.

The Brewing Ambition series launches on 26th May with a collection of tales from different stages of the beer-making process from around the world. Brewing Ambition explores this iconic beverage from many different angles; spanning fermentation and infusion to barley fields and beer taps. Many of these stories also explore how brewers are focusing on sustainability, looking ahead to the scalable solutions being established for the future of brewing.

You can explore this fascinating series and the power of beer from Thursday 26th May here: www.brewingambition.eu

Simon Shelley, vice president of BBC StoryWorks Programme Partnerships said: “We set out to explore the huge contribution beer makes to our culture, economies, and hospitality industries. What we found through creating this series for The Brewers of Europe is passionate and innovative brewers evolving an ancient process for the benefit of people and the planet. We’re excited for global audiences to consume these extraordinary stories from ambitious breweries in spectacular settings.”

Pierre-Olivier Bergeron, secretary general of The Brewers of Europe, said: “BBC StoryWorks is famous for its quality of documentary-style film making. I’m therefore so glad to see this project come to fruition, bringing the brewers’ passion to life on screen. Through a set of beautiful short films celebrating the humble beginnings, natural innovations, local traditions, cultural diversity and environmental circularity from grain to glass, this series showcases the positive and dynamic role played by beer brewing across Europe. Brewing Ambition is just a snapshot of a European beer culture with a strong heritage and a bright future ahead of it.”