The Brewers of Europe last night celebrated the tenth anniversary of the #EUBeerPledge, our pioneering commitment to the promotion of responsible beer consumption.

At an event at The Brewers of Europe House in Brussels, Ivan Štefanec, Member of the European Parliament and President of the EP Beer Club, hailed delivery against the #EUBeerPledge through hundreds of activities as a vital step for the sector ahead of expected EU legislative proposals around alcohol labelling.

“It was 10 years ago that the Beer Pledge was launched, right here in Brussels, in the European Parliament. Over the past decade, we have seen numerous individual initiatives supported by brewers that deliver on this commitment, as beer companies and associations have shown they are serious about working together with a wide range of partners to promote responsible beer consumption,” Štefanec said.

With the European Commission due to propose mandatory ingredients, nutrition and health labelling on alcoholic beverages before the end of 2023, the beer sector already has a long track record in initiatives supporting responsible beer consumption.

At the Brussels event, The Brewers of Europe Secretary General Pierre-Olivier Bergeron said the #EUBeerPledge had proved its value in the fight against alcohol misuse. “We recognise our role in encouraging responsible beer consumption,” he said. “The European Beer Pledge is testimony to our commitment: we are doing more and more to promote moderate drinking, including through the label, and we will continue to do so. Beer can be fully compatible with an adult’s balanced lifestyle and offers a good choice for the moderate consumption patterns we aim to inspire.”

Launched by The Brewers of Europe in 2012 in the European Parliament, the European Beer Pledge committed brewers to taking concerted and measurable actions to improve consumer information, ensure responsible advertising and address alcohol misuse in line with the expectations of citizens and EU policymakers.

Whilst more remains to be done, over the past decade, underage and binge drinking statistics have all plummeted. Furthermore, across a ten-year partnership between The Brewers of Europe and the European Transport Safety Council that gave visibility to designated driver campaigns and the role for non-alcoholic beer within comprehensive strategies, drink driving deaths also fell by 25%. 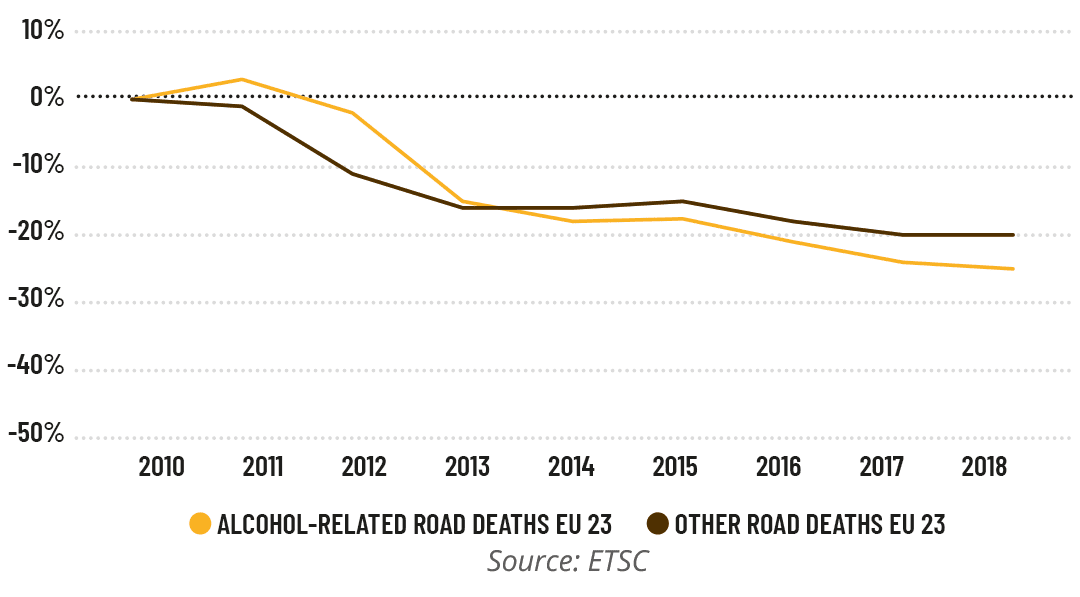 Under the consumer information pillar, the #ProudToBeClear commitment fixed a Brewers’ Ambition for all beers to label ingredients and energy by end 2022. Bergeron announced at the event: “We are walking the talk. An estimated 95% of beers are now labelling ingredients, whilst 88% of beer bottles and cans include the calorie values on-label, in the exact same manner as is applied to all other food and drinks.” 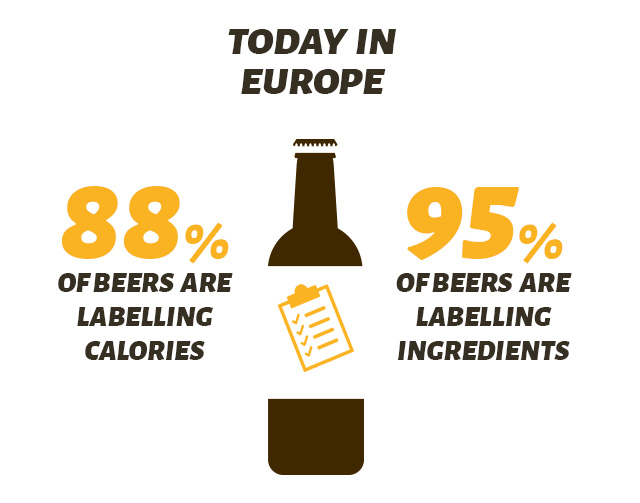 The event also showcased no less than 40 different brands of non-alcoholic beer, representing just the tip of the iceberg in a revolution that sees non-alcohol beers now representing over 5% of the EU beer market, as brewers have invested in the development and marketing of a wide range of lower- and no- alcohol options for beer consumers.

In his closing remarks, Pierre-Olivier Bergeron stated: “Our delivery on the Beer Pledge and labelling commitments shows that brewers are part of the solution with regard to supporting responsible drinking. The nature of beer itself and our commitment to transparency demonstrate that business and health considerations can be compatible. We want to work with decision-makers to create an enabling regulatory environment that supports both beer and effective alcohol policies.”

Based in Brussels, The Brewers of Europe brings together national brewers’ associations from 29 European countries and provides a voice to support the united interests of Europe’s 10,000+ breweries. The Brewers of Europe promotes the positive role played by beer and the brewing sector in Europe and advocates the creation of the right conditions to allow brewers to continue to freely, cost-effectively and responsibly brew and market beer across Europe. Follow us on Twitter and visit our website.