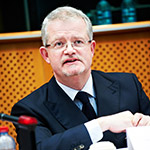 The below piece by Pierre-Olivier Bergeron, Secretary General of The Brewers of Europe, was published on 25 November 2014 both in the online and print editions of the Parliament Magazine as part of a special feature on the EU Strategy to support Member States in reducing alcohol-related harm.

When consumed in moderation and responsibly by healthy adults, beer can be enjoyed on many occasions and may be fully compatible with a balanced and active lifestyle. However, alcohol misuse is a serious problem and one that brewers are fully committed to tackling, including through the existing EU strategy to support member states in reducing alcohol-related harm.

Since 2006, when the current EU strategy was adopted, beer consumption in the EU28 has actually declined by nine per cent. If simply reducing overall consumption was its aim, then the strategy has been a success when it comes to beer. But this misses the point. The strategy identified more relevant aims: tackling alcohol misuse and reducing alcohol-related harm.

The most recent Eurobarometer looking at alcohol showed that 69 per cent of drinkers have two drinks or less when they consume. Furthermore, only one in 10 of those who had consumed alcohol in the last 30 days reported having five or more drinks per session.

It is clear that we need to be targeting the minority who consume irresponsibly, not the whole population, moderate and responsible consumers included. And we have had success in Europe. While the lack of quality, up-to-date data remains a source of frustration both for policymakers and brewers alike, we can see gradual improvements. The proportion of people who never drink more than five drinks in one sitting increased from 31 per cent to 34 per cent between 2006 and 2009. More impressively, drink driving related deaths plummeted by 51 per cent between 2001 and 2010.

Drink driving is an important case study. Brewers, policymakers and NGOs agree that drinking and driving don't mix. It has simply become socially unacceptable behaviour in a number of countries. And what is the approach? It's simple. Enforcement of the laws, combined with awareness raising activities, with all stakeholders working towards a common goal.

Brewers are responsible for 100 of the commitments in the EU's alcohol and health forum. This is one third of the total number. But perhaps the most interesting figure is that only one of the 300 commitments is an EU-wide partnership between an EU-level industry association, in this case The Brewers of Europe, and an EU-level NGO, in this case the European transport safety council. At the national level, brewers work together with local authorities, doctors' groups, road safety authorities, educators, police, NGOs and consumer groups.

The current EU strategy sets the right priorities. The evaluation conducted by the commission concluded that the priorities and approach remained relevant. But the strategy may need reinvigorating. We could set targets, for example on the numbers of underage people regularly consuming alcohol, or on road fatalities linked to alcohol. Let's work together.

Parties may have different opinions or motivations behind taking action, but we can all agree that alcohol-related harm needs to be addressed. We need a long-term approach but we also need measurable and achievable indicators to help ensure we are on the right track. What the drink driving experience shows us is that things can be improved, attitudes can change and we can all learn from each other.

Pierre-Olivier Bergeron is Secretary General of The Brewers of Europe, which unites 29 national brewers associations from across Europe to support the interests of Europe's 5500 breweries.