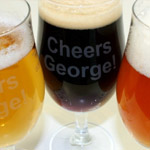 The Brewers of Europe welcomes the announcement by British Chancellor George Osborne that beer taxes will be cut for the third year running.

Commenting on the impact the latest tax cut is set to have on the UK economy, Brigid Simmonds, Chief Executive of the British Beer & Pub Association stated: “It will boost employment by 3,800 this year alone and attract new capital investment. It will put 180 million pounds in the pockets of beer drinkers and pubgoers.  That is a huge difference.”

The abolition of the so-called “beer duty escalator” (a previous system whereby beer tax was increased above inflation year on year) and a beer tax cut in 2013 and 2014 had already secured 16,000 jobs. What this latest announcement shows to other EU governments is that a water-tight case can be made for beer tax cuts as a means of stimulating investment, growth, jobs and ultimately new tax revenues for the government too.

Beer generates over 2 million jobs across the EU and there are now well over 5000 breweries across the Continent. The sector went through tough times after 2008, with consumption in the EU dropping by 8% in just two years and the hospitality sector particularly suffering. At the same time many governments were increasing beer taxes in order to try and quickly gather money to plug gaps in their national budgets.

However, increasingly governments, such as in Denmark and the UK, are also looking at the positive contribution the beer sector makes to growth, jobs and tax revenues. Hitting the beer sector with punitive taxes not only hurts the breweries but it also hurts the wider economy. Tax cuts on the other hand can boost the beer sector, support the brewing value chain and help beer support the overall economy. Italian Brewers managed to avert one tax hike in 2014 but were then hit with a new one on 1st January. That is why the Italian Brewers this week launched a new campaign to also help its consumers understand just how much of the cost of their beer is going to the tax authorities and the threat this poses to the sustainability of Italy’s burgeoning beer culture.

For these reasons The Brewers of Europe strongly encourages EU Member States to consider the positive contribution that beer provides to the economy and choose an excise system that is supportive to beer, recognises the specifics of the beer category and enables beer to help stimulate economic recovery.