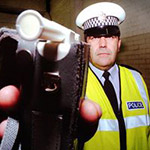 5 May 2015: The Brewers of Europe supports UN Global Road Safety Week, running from 4th-10th May, including through a 3-year SMART drink-driving partnership with the EU-wide NGO the European Transport Safety Council (ETSC) as part of the organisations’ joint commitment under the European Alcohol and Health Forum.

“Drink driving is another form of alcohol misuse, and we take our responsibility very seriously when it comes to helping address this scourge on society,” said Pierre Olivier Bergeron, Secretary General of The Brewers of Europe.

Just last week, the European Parliament approved a Resolution on the EU Alcohol Strategy which highlighted that at least 5,200 people are killed in alcohol-related road incidents in the EU each year. Bergeron added: “The improvements in drink drive statistics in the EU are impressive, with the number of deaths declining more than half from an estimated 12,500 drink drive fatalities in 2000, but every drink drive death is a tragedy. If we are to ensure safe and sensible drinking in Europe, the continuation of interactive dialogue, strong partnerships, and above all definitive, targeted and collective action is vital.”

A number of anti-drink-drive activities supported by Europe’s brewers are planned in the coming months, not least an event “SMART approaches to tackling drink driving" on 7 May at the Czech Ministry of Transport in Prague, hosted jointly by the ETSC and the Czech Transport Research Centre (CDV). This will look at the most effective measures to reduce alcohol-related road deaths and includes interventions from both the Slovak and the Czech brewers’ associations on “The role of the industry in tackling drink driving”. Other participants include representatives from both the Czech and the Slovak Transport Ministries, EU representatives, national stakeholders and decision-makers, together with road safety experts and campaigners from across Europe.

Mr Bergeron concluded: “The huge array of partnership initiatives supported by brewers demonstrates that we are at the forefront of public awareness campaigns to reduce drink driving. We are rightly proud of what has been achieved to date, but we also acknowledge that there is a long way to go in terms of further reducing the numbers of accidents and fatalities. This is why we will continue to work with like-minded organisations to further reduce drink driving.”

Just some of the upcoming initiatives supported by members of The Brewers of Europe include: