With Global Beer Responsibility Day on 18th September, there is no better time to reflect on the many positive initiatives which The Brewers of Europe, representing the interests of over 5000 brewers in 29 European countries, are carrying out to promote responsible drinking across the continent.

Evidence shows that brewers’ actions are contributing factors to decreasing trends in alcohol misuse.  Find out more by watching our video which summarises some of the actions and progress made across Europe.

But first, a word about Global Beer Responsibility Day: this is an initiative enacted by brewers across the world to recognise responsibility programs and promote responsible beer consumption.

On this day, brewers, along with retailers, NGOs, enforcement officials, and other partners, will join together to bring the message of responsible drinking to communities in a variety of impactful ways.

Brewers’ partnerships include, but are not limited to, drink driving and underage consumption prevention initiatives, bartender and server trainings, and consumer education tools. Moreover, many of these are continuous activities, and we take the time to assess and amend them according to whether their objectives have been met.  For a full list of the many thousands of initiatives from brewers around the world see the Worldwide Brewing Alliance’s website. 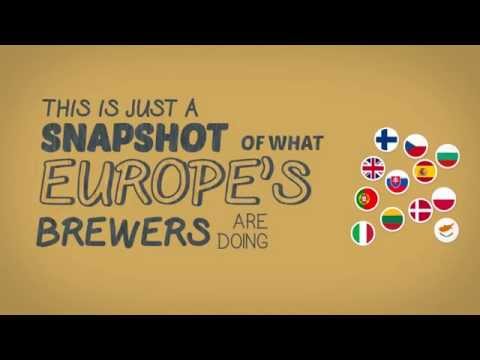 Finally, brewers are leading voices in the EU Alcohol and Health Forum for which we are responsible for one third of the 325 commitments to action. We hope the Forum can reconvene at the earliest opportunity so that we, together with our partners, can continue to tackle the critical issue of alcohol misuse.

Brewers remain committed to the Forum and are rolling out, through our European Beer Pledge, actions which involve partnerships with government authorities and NGOs that concretely address alcohol-related harm at the local level. The Pledge was launched in the European Parliament in 2012 and focuses on consumer information, marketing self-regulation and campaigns against drink-driving, underage drinking, alcohol in pregnancy, and binge drinking.

Global Beer Responsibility Day may only take place one day a year, but brewers are involved all year round in initiatives that are moving the needle when it comes to levels of alcohol-related harm across Europe.

Founded in 1958 and based in Brussels, The Brewers of Europe unites the national brewers’ associations from 29 European countries to promote the interests of over 5000 European breweries.
www.brewersofeurope.org
Follow us on Twitter: @brewersofeurope