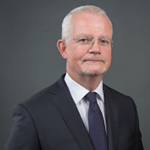 The below piece by Pierre-Olivier Bergeron, Secretary General of The Brewers of Europe, was published on 5 November 2015 on Euractiv.com.

While the European Commission is still debating the added value the EU can bring to tackle alcohol-related harm, The Brewers of Europe remain committed to working together with governments and civil society in promoting responsible beer consumption, writes Pierre-Olivier Bergeron.

Pierre-Olivier Bergeron is Secretary General of The Brewers of Europe.

Today, The Brewers of Europe has filed its voluntary commitment on Consumer Information to the EU Alcohol and Health Forum. It is designed to increase consumers’ knowledge of beer ingredients and nutritional values and is the 112th commitment we have filed to date. This was originally planned to coincide with the Forum’s biannual plenary meeting today, which has been postponed by the European Commission.

The Forum was set up in 2007 in response to the EU Alcohol Strategy, as ‘a common platform for all interested stakeholders at EU level that pledge to step up actions relevant to reducing alcohol-related harm’. The Brewers have long been initiating responsibility commitments. We believe it is important that we continue to review the Forum’s commitments and share and learn from each other’s best practices.

There is clear evidence across Europe that alcohol-related harm is coming down in EU countries in high profile areas such as underage drinking, excessive consumption and drink driving. Indeed drink driving fatalities have been more than halved in the last ten years in the EU. There is still a lot to do and Europe’s brewers are playing a part in it. But we know the 2006 EU Strategy has had a positive impact.

While the European Commission is still deliberating on the added value that the EU can bring in terms of supporting Member States to tackle alcohol-related harm, I can assure you that The Brewers of Europe and its members remain committed to action, to working together with governments and civil society in promoting responsible beer consumption.

A key element of that approach is this year’s commitment from Europe’s brewers to voluntarily list ingredients and nutrition information, thus enabling consumers to make informed choices.

It is part of our EU Beer Pledge which aims at increasing consumer knowledge of beer. It also voluntarily enacts the Food Information to Consumers Regulation to provide nutritional values, despite there being no current legislative requirement for this at EU level for alcoholic beverages above 1.2% ABV.

Today’s filing is the logical follow up to our first announcement of the commitment inMarch earlier this year, when it was welcomed by the European Commission, MEPs, consumer groups and public health NGOs. For us this was a landmark moment and it is a very clear example of where stakeholders and partners across society agree that our voluntary actions can make a difference. We will report annually on our Commitment against indicators in terms of inputs, outputs and impact.

The Brewers of Europe is standing ready to support the Commission in its work to demonstrate the value already delivered by the EU Alcohol Strategy and multi-stakeholder action.