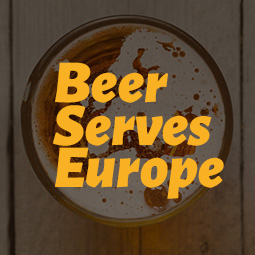 Brussels 29 August 2018. The Brewers of Europe warns that the latest European Commission proposal on the revised structures directive flouts EU law by contradicting the recent ruling of the European Court of Justice. The beer sector had expected that the Commission’s proposal would follow the Court’s decision on the Degrees Plato measurement system, used by half of the EU’s Member States for calculating beer excise duties.

Secretary General of The Brewers of Europe, Pierre-Olivier Bergeron, said, “Member States would be in breach of EU law if they were to follow the clarification provided in the revised structures directive as it is currently proposed by the Commission.”

By the European Commission making a proposal that "all the ingredients of the beer, including those added after fermentation, shall be taken into account for the purposes of measuring the degree Plato", it is no longer solely a tax on the alcohol. Under the Commission’s proposal and in contradiction with the CJEU judgment, these sugars would be considered for the measurement of the degree Plato and therefore the calculation of the excise due.

The result is that a flavoured beer – even if produced by a brewery of the same size, in the same country – would be subject to a higher rate than a regular beer of the same alcohol content. This is discriminatory and completely contradictory to the harmonisation objectives of the Directives.

The Brewers of Europe sent its latest letter to Europe’s Taxation Commissioner, Pierre Moscovici, expressing brewers’ dissatisfaction and disbelief at the Commission’s proposal to contradict the decision of the EU’s highest court (Case C-30/17).

Bergeron added: “Our correspondence with the Taxation Commissioner shows that the sole justification found for the contentious proposals relates to the technical, practical and economic challenges of measuring and enforcing Plato legally and correctly. However, we are submitting evidence that shows these concerns are completely unfounded.”  It is noteworthy that none of the countries already applying Plato in line with the CJEU ruling cited any concerns with measuring Plato correctly or carrying out compliance checks.

Whilst The Brewers of Europe supports the majority of the Commission’s proposal, to ensure Better Regulation and respect of the Rule of Law, we call upon the Council and the European Parliament to reject this part of the proposal and invite the Commission to amend it to clarify that ingredients added after fermentation shall not be considered for the purposes of measuring the degree Plato.

Degrees Plato is a scale for measuring the ratio of water to fermentable sugar in beer. It is used as an alternative to ABV – alcohol by volume – in half of EU Member States to calculate beer excise duties.

In its ruling on 17 May, the European Court of Justice clarifying the Degrees Plato calculation was clear that you cannot have a system for taxing the alcohol content of beer whereby flavoured beer and a regular beer - of the same alcohol content, produced by breweries of the same size, in the same country – pay a different rate.  Visit: mediacenter The Brewers of Europe

In 2015 the brewing sector added €10.9bn in total excise duty for EU governments.

Europe’s brewers call for a sustainable tax regime that recognises beer's positive impact throughout the value chain, from ‘grain to glass’. Visit www.beerserveseurope.eu

Based in Brussels, The Brewers of Europe brings together national brewers’ associations from 29 European countries and provides a voice to support the united interests of Europe’s 8,500 breweries. The brewing sector adds €50bn annually to the EU economy and provides over 2.3 million jobs. Follow us on Twitter and visit our website www.brewersofeurope.org.