Passing of Piero Perron, President of The Brewers of Europe 2002-2006 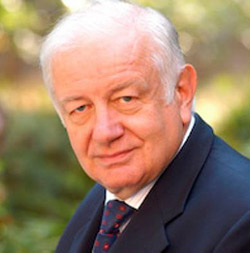 It is with great sadness that The Brewers of Europe announces the sudden passing of Piero Perron.

Piero Perron will be sorely missed, having been an ever present in The Brewers of Europe General Assembly for the last fifteen years, as an active member of both the Italian and the Spanish brewers’ delegations.

Piero Perron was not only a dedicated believer in The Brewers of Europe, but he equally saw strong National Brewers Associations as crucial to the sustainability of a vibrant, successful brewing sector, serving over the years as President both of the Brewers of Spain and of the Italian Beer and Malt Association.

Finally, it is also on a personal level, with his interest and passion for learning and sharing experiences, that Piero touched the lives of so many across Europe’s brewing fraternity and beyond. At this sad time, we have special thoughts for Piero's family, especially his wife Angela and for all those who had a chance to work closely with him.

The Brewers of Europe owe Piero a lot

Based in Brussels, The Brewers of Europe brings together national brewers’ associations from 29 European countries and provides a voice to support the united interests of Europe’s 8,500 breweries. The brewing sector adds €50bn annually to the EU economy and provides over 2.3 million jobs. Follow us on Twitter and visit our website www.brewersofeurope.org.